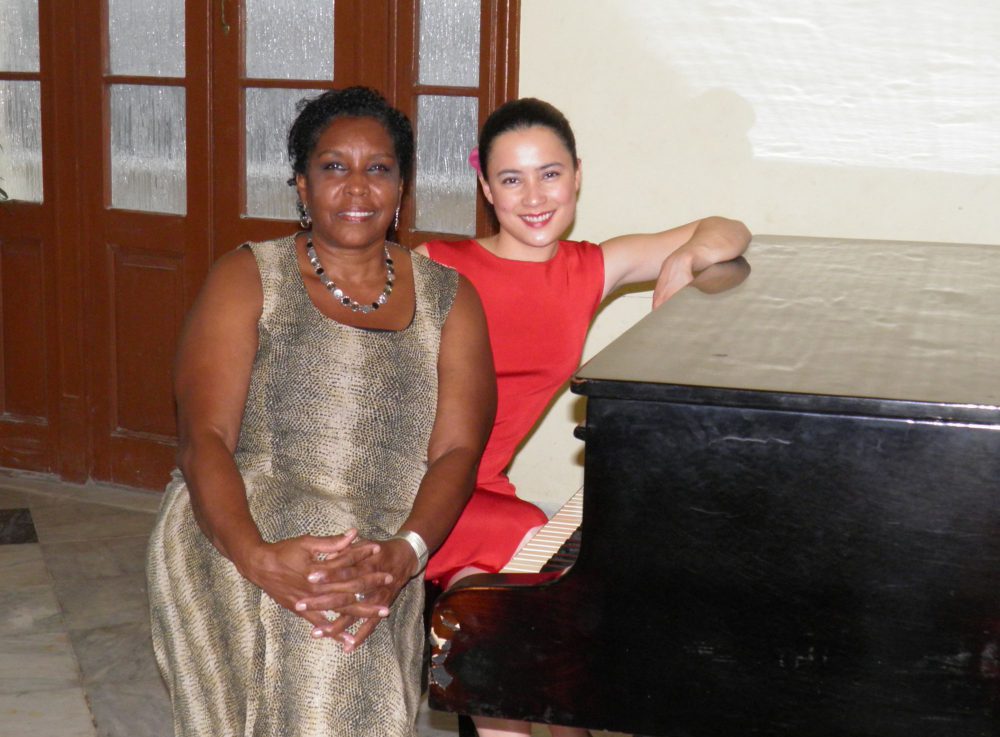 “VIVIRCONFIADOS We, the disabled persons, Live with confidence to overcome all the barriers, either structural or coming from human hearts, and build a bridge between all with love.”

“A bunch of melodies were born from Lydie Solomon’s piano
Cuba, the Island of Music” 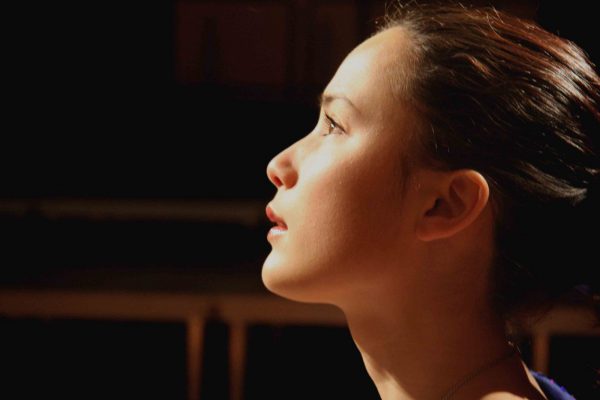 “The young French artist Lydie Solomon gave two vintage performances in the capital of Cuba. For her very first visit to Havana, she left us with the colors and the strength born from her hands, playing a wide repertoire from the most exquisite selection, including Cuban music.

In the Island of Music during her concerts, Lydie received extended applause, deserving the audience praise, because it’s not only about playing with an excellent technique, it is furthermore about the need to unveil the soul to discover, in a spiritual form of listening, the composer’s attempts to perceive the sounds inside at the deepest. I think that Lydie raises her soul as high in what comes from her as from other composers’ works; her gesture indicates infinite passion which captivates the audience in the hall.

We had the opportunity to listen to ‘La puerta del vino’ by Claude Debussy, ‘Fandango’ by Padre Antonio Soler, Domenico Scarlatti, ‘India’ by José Asunción Flores, and by the Cuban Ernesto Lecuona ‘Córdoba-Gitanerías-Malagueña’ and ‘En tres por cuatro’. These works were performed in the concert halls of the Oratorio San Felipe Neri and of the Teatro Lírico Nacional de Cuba, whose pianos bowed to Lydie Solomon’s prodigious hands. The absolute mastering of her powerful technique is amazing, either in her own, or in classical or contemporary composers’ works. Lydie covers each one of her performances, some of which difficult to achieve, with beauty.

The concertist Lydie Solomon is recognisable by her own style, her look which discloses by itself her longtime dedication to this instrument, the charm of knowing how to love music from distant and contemporary periods. Her delicate presence, lively smile and perfect Spanish speaking make her an ideal communicator in Latin America.

The program the artist gathered together stretches from the baroque to the contemporary. With Lydie everything flows very naturally and is never overacted; her sensitivity and the exceptional talent which she was granted by the Creator mix together with the wisdom in making the changes from the different works by the composers felt, illuminated too by her own compositions.

Recognized through important prizes in France and abroad, this young French artist strated to play the piano when she was two years old. At 11 she won several national prizes, among which the Grand Honorary Prize at the Radio France competition. With a strong musical background and a mature career, this young person is one of the virtuosos who knew how to raise woman’s talent at a high, particular level, which earned her all the successes and invitations to perform together with other artists. But the most valuable in Lydie Solomon is her humbleness, beyond all other qualities. This is how I’ve portrayed her, from my reporter glance. God grants each person gifts of incomparable beauties. In her statements for this report, she declared: “I didn’t know the music from Cuba, and listening to it filled up my heart”. Her short but fruitful visit to Havana resulted in a bunch of music impregnated roses. Here she performed a selection of compositions from her most recent album “Eldorado“, as well as different works from Cuban composers.

As she was about to leave, three young people burst into the hall with their clothes spattered with paint. One could read in their smiling faces a mark of apology. When I asked Lydie who they were, she replied to me that they were at the Park View Hotel, where she stayed in Havana. I suggested to her that she played a fragment of ‘En tres por cuatro’, the Lecuona’s piece with which she had ended her concert. Lydie, with her kindness and positiveness to others, immediately sat down at the piano and played to the charismatic young persons an extract of Lecuona’s composition. Full of happiness, they thanked her for this.

What a beautiful gesture! For these three artists, JR, Parlá and Rey, who had arrived late for Lydie’s concert in the Teatro Lírico Nacional de Cuba, had finished working nearly up to nightfall, for the delivery of their nice piece of art for the international project ‘Wrinkles of the City’, which they had brought to Havana, for the celebration, up to June 11th, of the Eleventh Biennial which had brought together tens of plastic artists from the most different trends and styles: these young and old creators had turned the capital of Cuba into a gigantic gallery.

Indeed Havana is a city with a balcony overlooking the blue sea and the clear sky. We are in the month of May, the weather is beautiful in this island which thanks all the artists participating in the different events, for the presents they made us of their works. Next year, in 2013, we will meet again the piano of Lydie Solomon who promised to offer us at this period of time another musical bunch of roses.”