“Abu Dhabi Classics is back” 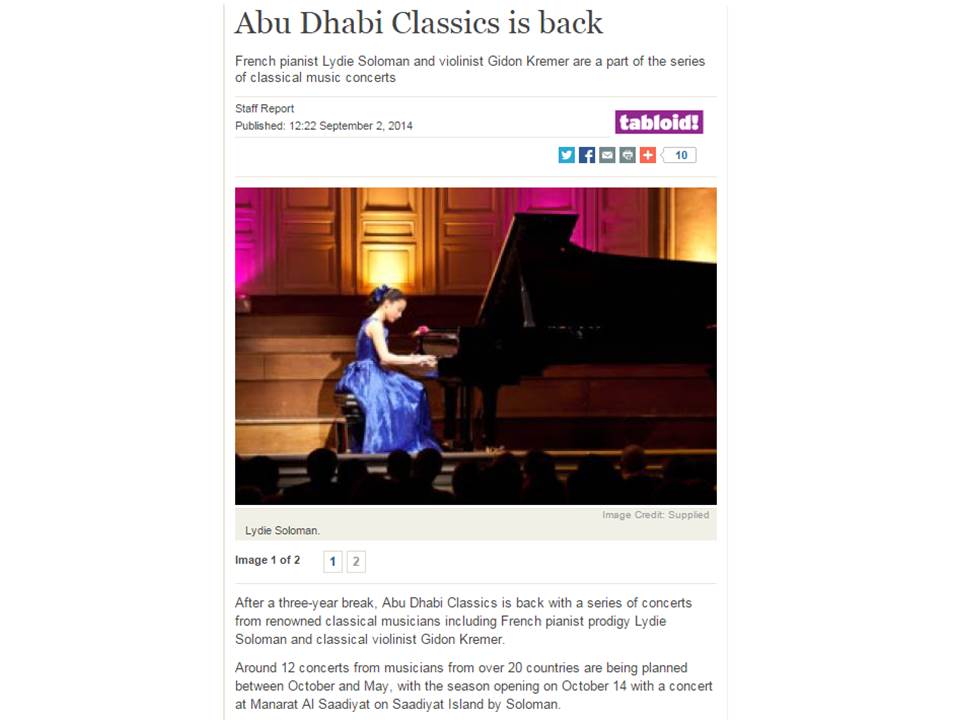 « After a three-year break, Abu Dhabi Classics is back with a series of concerts from renowned classical musicians including French pianist prodigy Lydie Solomon and classical violinist Gidon Kremer.

Around 12 concerts from musicians from over 20 countries are being planned between October and May, with the season opening on October 14 with a concert at Manarat Al Saadiyat on Saadiyat Island by Solomon. »

« Apart from Solomon, who began playing the piano at the age of two and gave her first recital at a music festival in Belgium at 10, Abu Dhabi theatre will host a concert by Kremer's Kremerata Baltica chamber orchestra on October 28. »