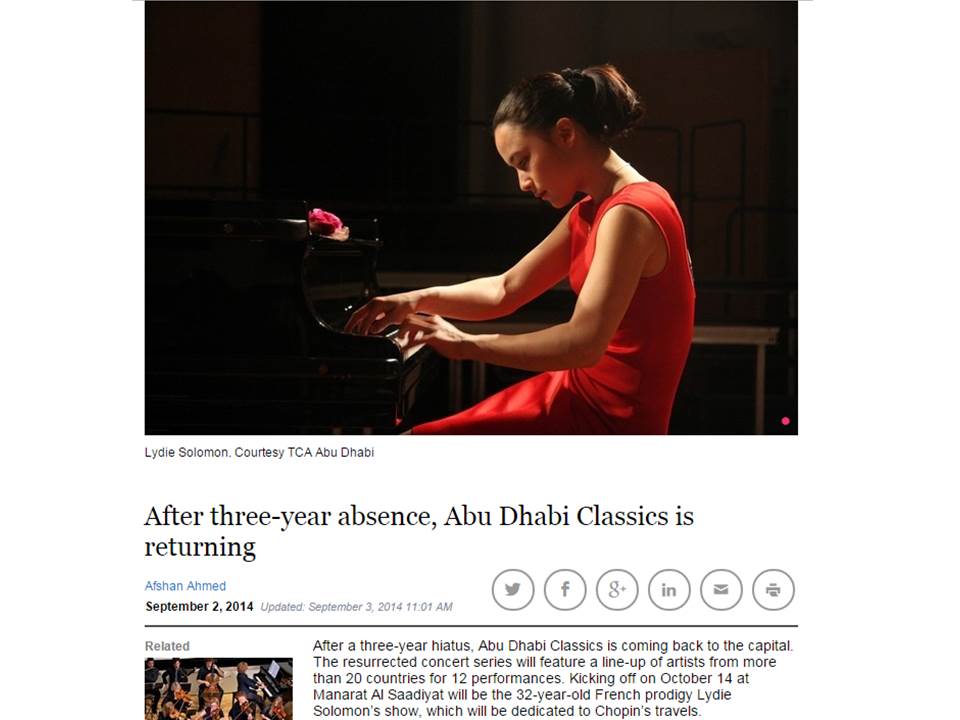 « After a three-year hiatus, Abu Dhabi Classics is coming back to the capital. The resurrected concert series will feature a line-up of artists from more than 20 countries for 12 performances. Kicking off on October 14 at Manarat Al Saadiyat will be the 32-year-old French prodigy Lydie Solomon's show, which will be dedicated to Chopin's travels. »