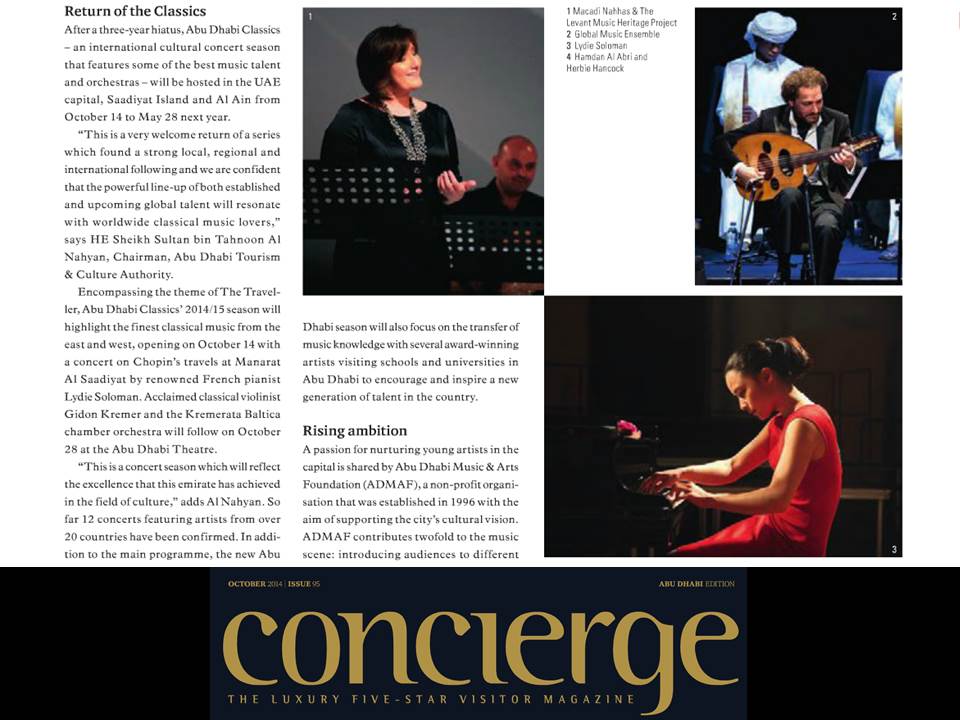 « There is no doubt that Abu Dhabi is a pioneer in the UAE's arts and culture scene with a grand vision that incorporates milestone collaborations for developments such as Louvre Abu Dhabi and the Guggenheim Abu Dhabi and big-ticket events including the Abu Dhabi Film Festival that runs from October 23 to November 1. Cementing its reputation worldwide as a champion of fine arts, Abu Dhabi has reinforced its commitment to bringing the best of classical music to the capital with the revival of the Abu Dhabi Classics that opens this month. »

« Return of the Classics »

« Encompassing the theme of The Traveller, Abu Dhabi Classics' 2014/15 season will highlight the finest classical music from the east and west, opening on October 14 with a concert on Chopin's travels at Manarat Al Saadiyat by renowned French pianist Lydie Solomon. »