« The French pianist's repertoire includes composers such as Chopin, Debussy and Ravel, as well as Piazzolla, Lecuona and Ginastera. »

« Mexico City. An artist's pressure is usually very intense, up to a point where it can almost impede breathing. This is what happened with French pianist Lydie Solomon: whilst she was succeeding in a brilliant career in classical music, she decided to withdraw herself for some time to take some distance, to be born again as a jazz singer, to dedicate herself to acting, and to return to concert music in what she considers to be “a second life”.

Prize-winner of numerous competitions, the 32-year-old pianist has a borderless repertoire to her credit. It includes European composers such as Frédéric Chopin, Claude Debussy, Maurice Ravel and Isaac Albéniz, but also Latin-American ones such as Astor Piazzolla, Ernesto Lecuona, Alberto Ginastera and Manuel Saumell, as well as her own compositions.

“A rare prodigy”, Thierry Hillériteau wrote in Le Figaro about the pianist, who gave last Wednesday a master-class at the Escuela Superior de Música and a concert at the Blas Galindo hall in the Centro Nacional de las Artes. Yesterday she played at the Museo Nacional de Arte and today at 6 PM she will perform at the Manuel Ponce Hall, in the Palacio de Bellas Artes.

L. Solomon has a special preference for works with a Hispanic influence. When she was offered the possibility to record her CD, entitled Eldorado, with a music span which goes from padre Antonio Soler to Astor Piazzolla, including Debussy, Ravel, Lecuona and others, she decided to tell a story which covers Spain and other countries, at different periods of time. “I love telling stories through music – she said at an interview by MILENIO –. We started by looking for Latin-American authors, whose link was the Spanish idiom, and we discovered music from Cuba, from Mexico, from Peru (I didn't know Carlos Chávez, neither Manuel M. Ponce). All the works I recorded in the CD have been crushes. Performing these composers has been an act of artistic justice. Those who listened to the CD with their heart loved it. I even had excellent reviews on Radio Télévision Luxembourg and in Le Figaro, as well as from jazz critics”.

The pianist says that her withdrawing from concert music lasted three years, because “I wanted to take distance from my career which was very demanding. When people choose for you, things start to be very complicated. I chose the piano when I was two, but all of a sudden everybody, professors, family, became my project owners. I was required to participate in competitions and play in large concert halls, which I found depressive. I did not understand why I could not find anything artistic in all these Conservatoire courses, which were very technical but which I did not like from an artistic angle. When I came back to the classical scene with Eldorado I had cleared out all aspects which had nothing to do with me”.

During the time she moved away from concert music she tasted jazz singing, another way to create.
“Pianist Thierry Lier et I composed songs with lyrics in French, Spanish, English and Korean, and we gave concerts in jazz clubs in Paris and other French towns. This was a beautiful experience, and when I came back to the classical scene I decided to put all my heart in the piano. The jazz experience was very important to understand what Chopin said: to understand piano playing you need to know how to sing, not in a professional way, but to feel to which extent the voice helps you to understand piano expression. For me, singing was a release”. » 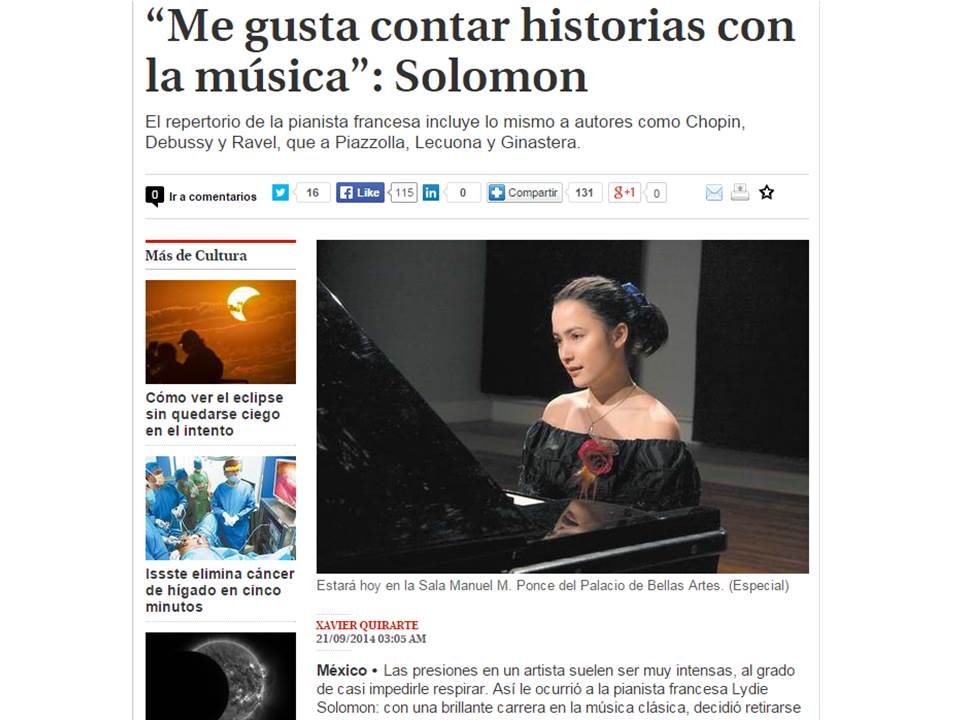