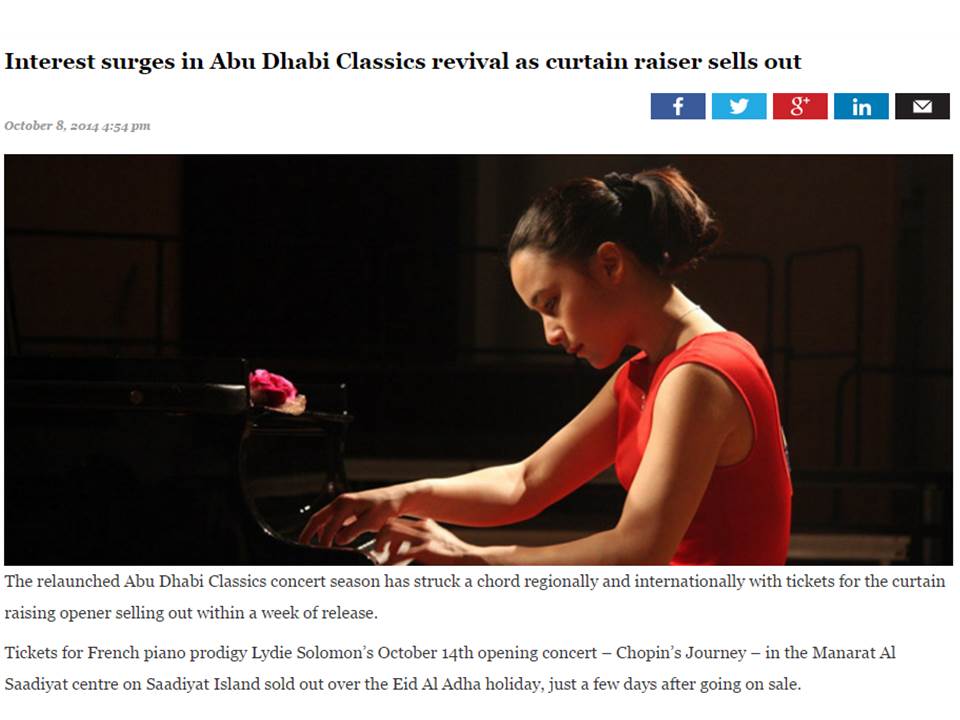 « The relaunched Abu Dhabi Classics concert season has struck a chord regionally and internationally with tickets for the curtain raising opener selling out within a week of release.

Tickets for the ‘Four Seasons', by world-renowned violinist Gidon Kremer and the Kremerata Baltica chamber orchestra, at Abu Dhabi Theatre on October 28, and the world premiere of a new concert by Spanish composer Jordi Savall at the Emirates Palace Auditorium on November 20 are also selling extremely well.

Dr Ronald Perlwitz, Head of Music Programming, Culture Sector, Abu Dhabi Tourism & Culture Authority (TCA Abu Dhabi), which is behind the series relaunch, said: “The pace of uptake has taken even the organisers by surprise. Immediately following the launch we were inundated with interest from media internationally, additional venues wishing to feature in future programmes and travel trade wanting to package around it. This all bodes extremely well for a series which has been well received on the classical music circuit.”

Reintroduced TCA Abu Dhabi after a three-year break, the Classics season, from October until May, sees a host of leading international musicians and orchestras perform under the theme of ‘The Traveller' at numerous venues across Abu Dhabi city, Saadiyat Island and the emirate's heritage heartland, the UNESCO World Heritage site of Al Ain. »