“French pianist gave a recital at the

« A great sense of rhythm and harmony, a tactful technique and a 100% memory, this is what French pianist Lydie Solomon demonstrated during the concert she gave at the Manuel M. Ponce Hall in the Palacio de Bellas Artes.

In front of a nearly full-house audience, wearing a red colored dress, the young performer, born in France, in Paris, was greeted by the public's applauses, as this was to be the case following each piece she played. This ended up with an ovation which led to an encore.

The pianist showed delicacy in the pieces which required it, strength in those which demanded it, and at any time musical rhythm and harmony which allowed to feel the message that their authors wanted to transmit.

The concert, entitled “Eldorado. From Padre Antonio Soler to Piazzolla”, the second one to be given in this city – the first one having been given on the eve at the Museo Nacional de Arte – exhibited her taste for Spanish and Latin-American music.

After the entr'acte, the musical treat continued with “India”, by José Asunción Flores, a piece that the singer – for she is also a singer, as well as an actress – started with a short song, to continue with “Invocation”, composed by the pianist herself.

Lydie Solomon started to play the piano when she was six. When she was seven she was admitted to the Ecole Normale de Musique de Paris and when she was 11 she won several national prizes: Steinway, Claude Kahn and Saint-Nom-la-Bretèche, among others.

She even won the Grand Prix d'Honneur at the Radio France Competition, which gave her the opportunity to perform for the first time a concert with an orchestra, namely the Orchestre National de la Garde Républicaine, in the Olivier Messiaen Hall at Radio France.

When she was 12 she played for the first time abroad, at the Printemps Musical de Silly, in Belgium, and pursued studies at the Conservatoire Supérieur de Musique where she got, at the age of 14, the Premier Prix de Perfectionnement unanimously, with the Highest Honors.

She performed with several orchestras in South Korea, in France, in Belgium and in Spain, and released three CDs: “Harmonie”, “Eldorado. From Padre Soler to Astor Piazzolla” and “From Chopin to Cuba”, in which her taste for Spanish and Latin-American music is clearly visible. » 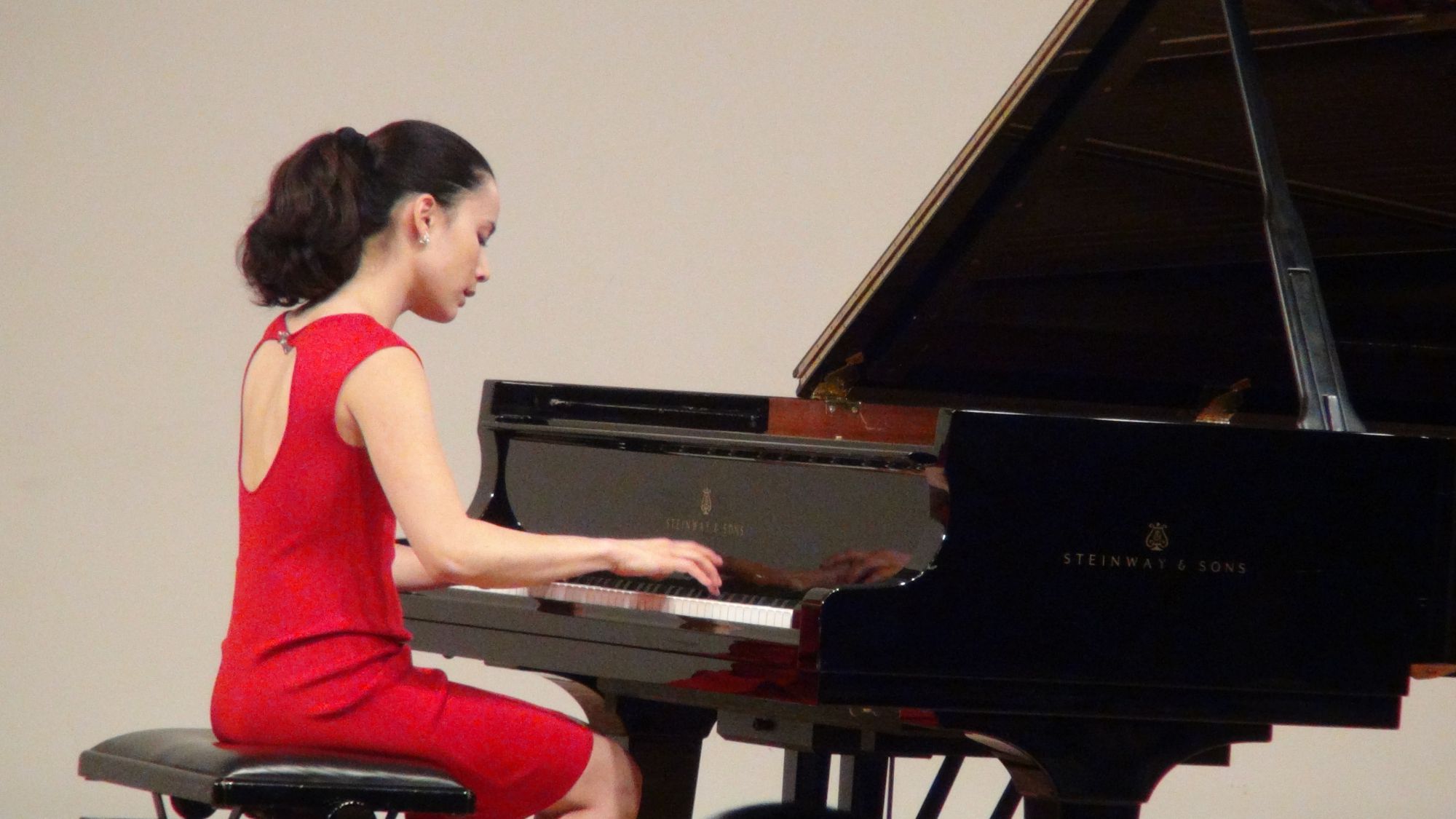