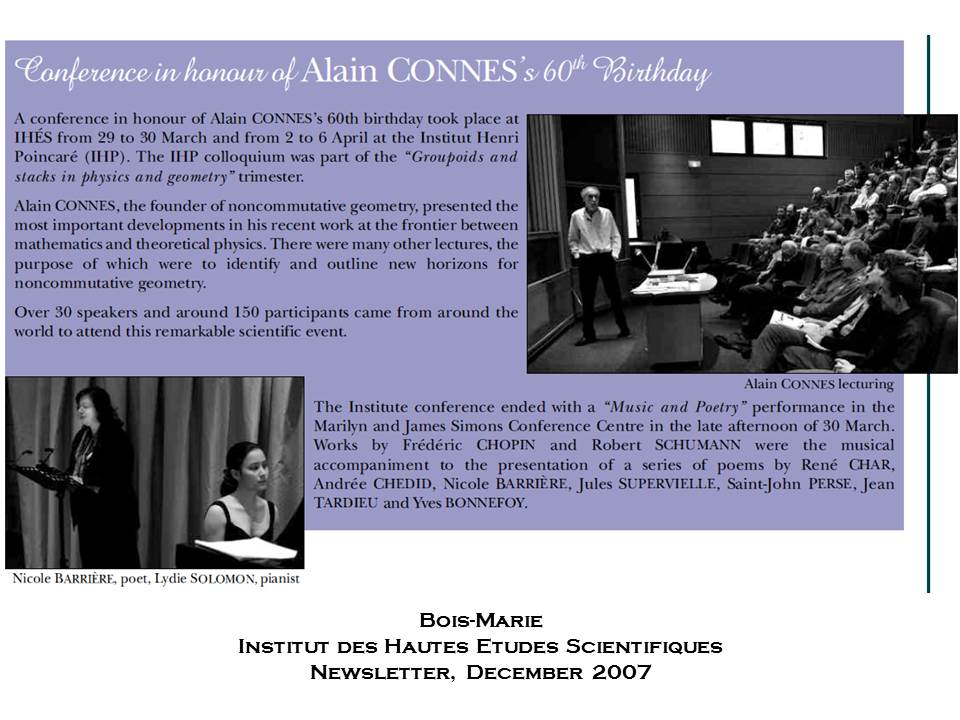 « A conference in honour of Alain Connes’s 60th birthday took place at IHES from 29 to 30 March and from 2 to 6 April at the Institut Henri Poincaré (IHP). The IHP colloquium was part of the « Groupoids and stacks in physics and geometry » trimester.

Over 30 speakers and around 150 participants came from around the world to attend this remarkable scientific event.

The Institute conference ended with a « Music and Poetry » performance in the Marilyn and James Simons Conference Centre in the late afternoon of 30 March. Works by Frédéric Chopin and Robert Schumann were the musical accompaniment to the presentation of a series of poems by René Char, Andrée Chedid, Nicole Barrière, Jules Supervielle, Saint-John Perse, Jean Tardieu and Yves Bonnefoy.”