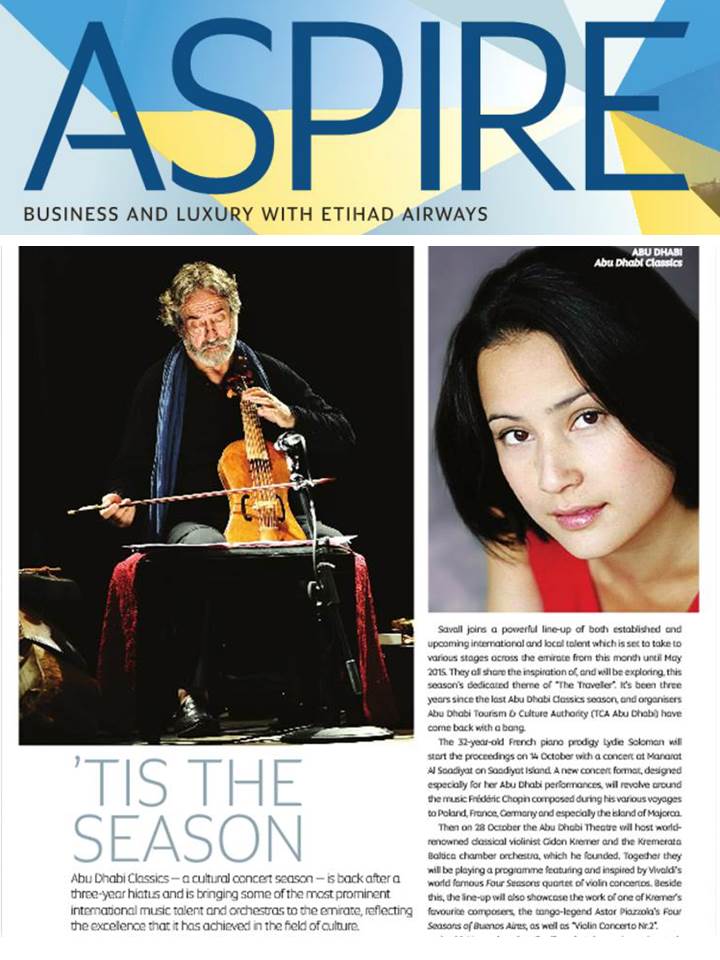 « Abu Dhabi Classics – a cultural concert season – is back after a three-year hiatus and is bringing some of the most prominent international music talent and orchestras to the emirate, reflecting the excellence that it has achieved in the field of culture. »

« The 32-year-old French piano prodigy Lydie Solomon will start the proceedings on 14 October with a concert at Manarat Al Saadiyat on Saadiyat Island. A new concert format, designed especially for her Abu Dhabi performances, will revolve around the music Frédéric Chopin composed during his various voyages to Poland, France, Germany and especially the island of Majorca. »