Lydie Solomon has a unique and astounding artistic path behind her 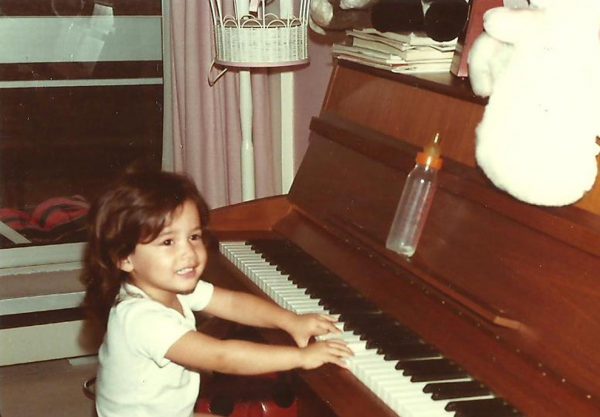 Early international career of a child prodigy
Up to the age of eighteen, Lydie has followed a classical pianistic course, showing brilliant and precocious aptitudes.
Recognised as a child prodigy, Lydie Solomon played at 2 years old by ear ‘Ode to Joy' by Beethoven. At 5, she was admitted at the Ecole Normale de Musique de Paris-Alfred Cortot:

Abu Dhabi Week (Rachael Peacock), 2014-10-02
« Piano prodigy. Since she started learning piano at the tender age of two, Lydie Solomon has risen to stardom in the classical music industry, giving her first performance at just 10-years-old. »

The National (Feargus O'Sullivan), Abu Dhabi, 2014-10-14
« First spotted as a musician when caught playing Beethoven by ear at the age of 2, Solomon was only 10 when she made her professional debut. »

She gave her first recital at ten at the “Printemps Musical de Silly” in Belgium and her first concert with orchestra at thirteen, with the “Orchestre de la Garde Républicaine”, at Radio France, the concert being broadcast on France Musique.
She was awarded a “Premier Prix de Perfectionnement” at the “CNR de Paris”, with the jury's unanimity and congratulations, was then admitted at Jacques Rouvier's class at the “CNSM de Paris”, from which she was awarded at eighteen a “Premier Prix” with the highest honours:

The National, Abu Dhabi, 2014-09-29
« The 32-year-old, who gave her first recital at a music festival at the age of 10, studied under the noted classical pianist Jacques Rouvier. »

At fifteen she was chosen by Paul Meyer and Eric Lesage to perform chamber music concerts, at sixteen she came to the attention of the conductor Myung-Whun Chung, between seventeen and nineteen she toured several times South Korea (Seoul, Daejeon) where she gave recitals (with a CD produced by Dichter Liebe Classics) and concerts with an orchestra under the conduction of Gum Nanse (with a TV and radio broadcast in Korea).
At eighteen Lydie started exploring other fields of experience.
After preparatory classes at the « lycée » Henri IV, Lydie was admitted at ESSEC business school, from which she graduated in 2006 with an MBA. 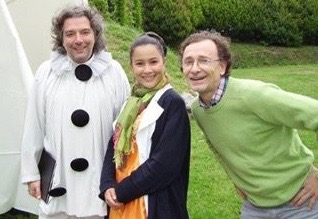 She then interrupted her pianist career during three years. 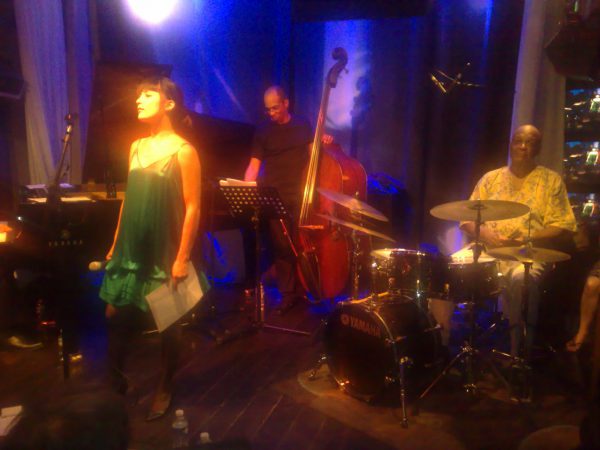 She discovered the movie scene, studying at the “Cours Florent” and being trained to the Actors Studio technique.
As an outcome she acted (under the Lydie Waï pseudo) as a pianist in an autobiographic role in Yvon Marciano's full length movie “Vivre !”, released on the screens in France in 2009 and in Russia in 2010.

From 2008 to 2010, Lydie (Waï) wrote and sung her own compositions, recorded in a CD (« Harmonie ») with an American, Argentinian and Brazilian rhythm section, and performed concerts as a singer.

Back to the piano: « Eldorado, from Padre Soler to Piazzolla » 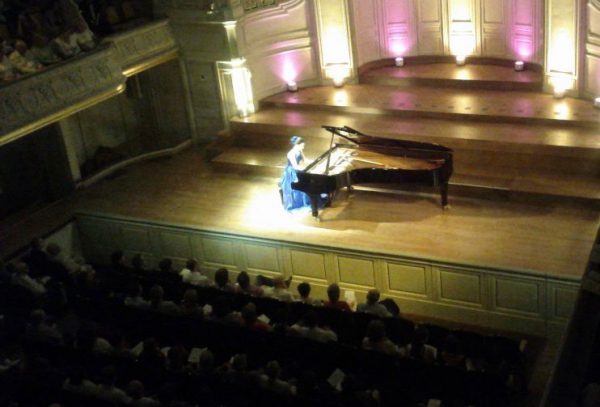 Enriched by these complementary experiences, allowing her to broaden her understanding of the music environment, to develop a theatrical personality and a sense of communication, and to strengthen her artistic maturity, Lydie celebrates her comeback to the piano scene in 2011 with a recital at the Salle Gaveau in Paris, with « Eldorado, from Padre Soler to Piazzolla », published by Intrada. « Eldorado » was highlighted as « coup de coeur » by the journalist Alain Duault on RTL (2011-06-19) and was the subject of a presentation in the French TV program « C à vous » on France 5 (2014-03-07), and of articles in the French newspaper L'Est Républicain (2012-05-26) and the French magazine Jazz Hot (2013-01-06). 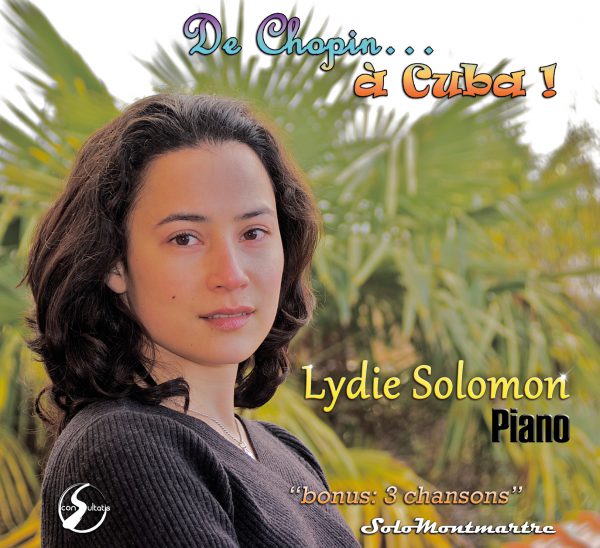 Back to the international scene 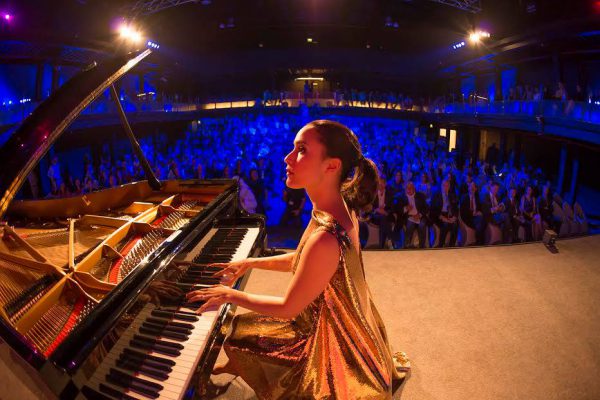 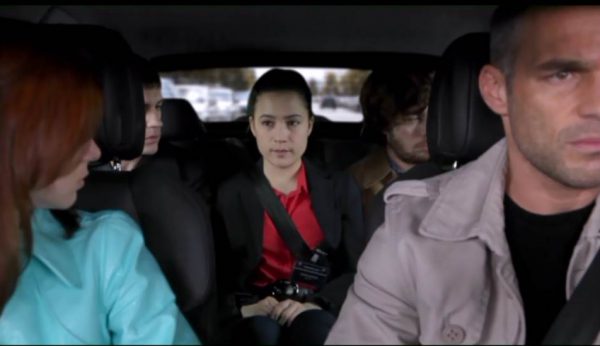 Wherever she performs, Lydie Solomon is acclaimed, firstly for her piano play. This can be observed in the French, Cuban, Mexican media, but also in:

A feel for the scene

Lydie Solomon is also noticed for her impact on the audience: 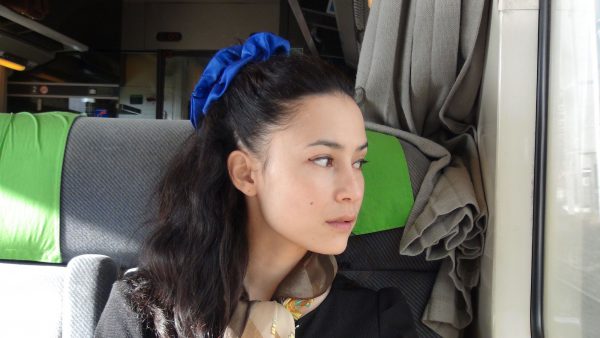 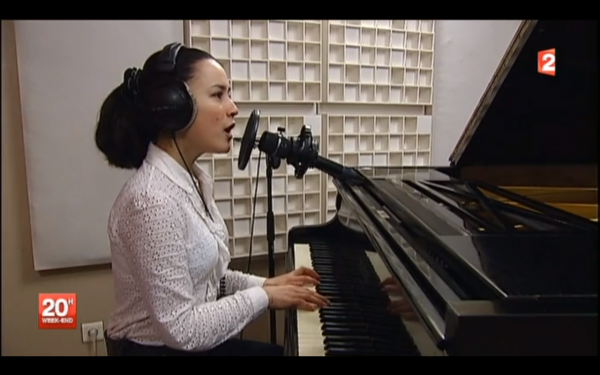 Following Chopin's advice (« One should sing to play the piano »), Lydie Solomon regularly includes songs in her repertoire: apart from the songs she composed (« Harmonie » CD, 2009), she sings songs from Spain, Latin America and Poland (Frédéric Chopin, Julian Fontana). Some of them can be listened to in her « De Chopin à Cuba » CD (2014): 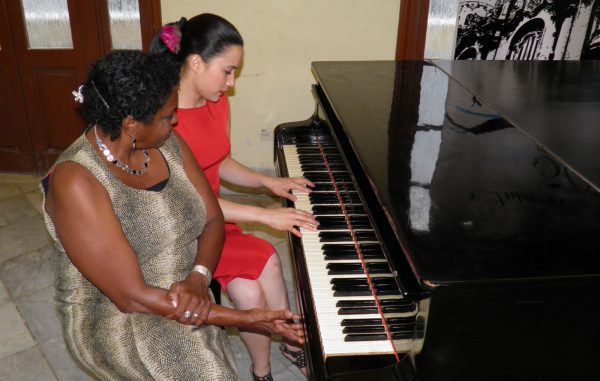 Lydie Solomon is always in search for newness, adventure, discoveries. As a « conquistador », her « Eldorado » project made her unveil jewels of Latin American music, hardly known to the West: from Paraguay, Argentina, Mexico, Cuba…
With « De Chopin à Cuba », she put her fingers on the pivotal trio who made Chopin's music being transmitted to and absorbed by Cuban composers: Frédéric Chopin – Julian Fontana – Nicolás Ruiz Espadero.
For the opening of the 2014-2015 Abu Dhabi Classics season, she invented a program, « Frédéric Chopin's Journey », from Chopin's native Poland to his unfinished Mazurka (Op. 68, N°. 4), composed in his last Parisian dwelling, place Vendôme, all throughout Warsaw, Stuttgart, Dresden, Paris, Majorca, Nohant…:

Lydie Solomon: a personality which doesn't leave oneself « indifferent » 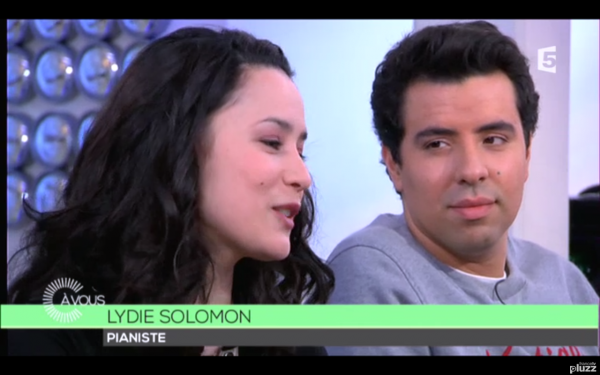